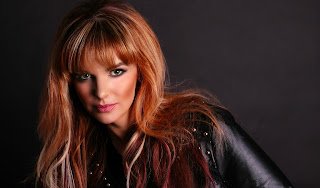 Billboard charting adult contemporary singer and songwriter Doreen Taylor was featured in Vents Magazine talking about her hit single TOY, her new album "Happily Ever After", working with musical icon Larry Gold and her upcoming tour.

"I believe in the old school way of recording- in a real studio, with live musicians, string players…the way recordings used to be made. I wanted my album to have a modern, yet retro feel and I really believe we nailed it." Doreen said about the new album.